The Ink Shop and Environmental Impact

Sometimes others can make use of our waste... 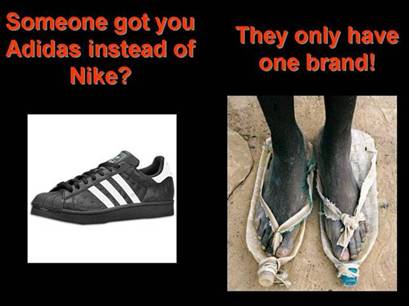 But most often this is not the case, and they suffer the harmful effects of
waste others prefer to ignore.

Increasingly IT waste is dumped in impoverished countries and left for the poor to feed on the trash of the wealthy.

The heavy metals used in printer cartridges have a harmful effect when left to decay in landfills.

Every year we burn unimaginable amounts of our decreasing natural resources in the production of IT equipment such as printer cartridges.

These cartridges are then needlessly thrown out, creating unsustainable landfill and harmful toxic effects when the heavy metals are left to decay.

YOU CAN DO SOMETHING NOW...

DO NOT THROW OUT YOUR EMPTY PRINTER CARTRIDGES

•   Each year over 2.5 million cartridges are re-used BUT, over 10 million are still sent to landfill. (ACRA commissioned industry study by Canterbury University 2004)

•   Of the components of a toner cartridge, the aluminium used required 1.8 tonnes of water to produce 1 kg of aluminium with 5 kgs of waste produced (Centre for Design & CRC for Waste Management & Pollution Control (1999) ‘Summary Report on Australian LCA data inventory project’, Centre for Design RMIT 2005)

•   18 million cartridges (the number thought to be in circulation (IDC report June 2003) produce 5,500 tonnes of waste if dumped, made up of 3,000 tonnes of plastic, 1,500 tonnes of ferrous metals, 400 tonnes of aluminium, 26 kilograms of precious metals. (Planet Ark report – Recycling Myths: Report for National Recycling week 2006)

•   Every 10 tonnes of recovered ‘waste’ i.e. reused cartridges is the equivalent to taking four (4) cars off the road permanently, or the annual electricity requirements of 14.5 households and saves enough water to fill 3.5 average backyard swimming pools (NSW Dept of Environment and Conservation – study 2005)

•   40% of the worlds bauxite is mined from Australia and creates residue called “Red Mud”. Red mud is hazardous due to high levels of caustic soda, which is used to remove Aluminium from the bauxite.

•   It is estimated that 4% of global oil production is used for production of plastics, and another 3-4% used during manufacture.

•   Plastic takes hundreds of years to degrade in landfill.

•   That equates to about 1kg plastic, up to .25kg of Aluminium and up to 3.4L of oil for every cartridges that you throw out.

•   A laser cartridge thrown into landfill can take up to 450 years to decompose (The Recycler Trade Mag, Issue 138)

•   The main raw material used in manufacturing plastics is crude oil, which is a non-renewable resource. For every kilogram of plastic that is produced about two kilograms of oil are used.

•   About 80% of the plastic that is recycled in Australia is packaging material.

•   Making plastics from recycled material saves up to 80% of the energy used to make them from virgin raw materials.

More than 80 percent of electronic waste generated in the U.S. ends up in India, China or Nigeria, endangering the health of those countries’ poorest citizens who are forced to dismantle the often-toxic materials without adequate protection.

Labourers, including children, are often exposed to noxious substances such as lead, mercury and cadmium.

Backyard recycling units often burn e-waste, generating a large amount of dioxin in the air that can create cancer in workers who inhale it.

SO WHAT’S THE ANSWER?

Depositing your empty printer cartridges in a recycling bin may ease your conscience, but you have just created the need for another new cartridge to be manufactured.

That’s the answer to reducing IT waste.

A boy sweeping toner out of a discarded printer cartridge. Toners are made of carbon black - a class 2A probable carcinogen (IARC).

The toner billows in his face all day long without respiratory protection of any kind.